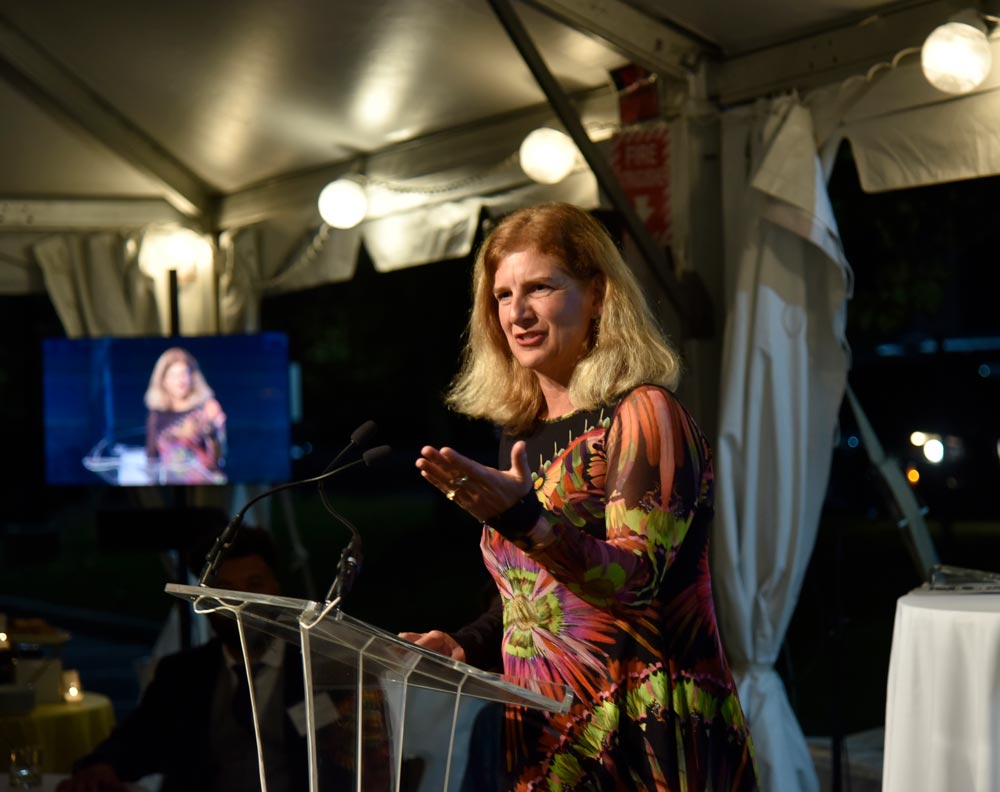 Kimball said she was honored by the recognition particularly because of the importance of the environmental work done by the organization.

MHACY has teamed up with Groundworks on a number of environmentally friendly projects most recently to address heat islands and flooding at MHACY properties that has been made worse in recent years due to climate change.

“What we’ve found is that these hundred-year events are now 10-year events,” Kimball said. “Normally it’s about water-rise because rivers flood. Now we’re having rain events,” Kimball told the Westchester County Business Journal in a recent interview about MHACY and its new environmental initiatives.

In addition to Kimball, Nina Orville, executive director of Sustainable Westchester, and Gregg Wasser of G&S Investors and G&S Solar were honored for their contributions to bringing increased solar generating activity to Yonkers. U.S. Rep. Jamaal Bowman (D-16th) was honorary chair of the event, which was hosted by the Robert Martin Co.

Kimball said that the housing authority is looking for ways to make its properties more environmentally friendly and allow its residents to be more in touch with nature.  In addition to the partnership with Groundwork, MHACY also participated in a Community Solar initiative launched by the city along with Sustainable Westchester and Groundwork Hudson Valley to bring five solar installations to buildings owned by the Robert Martin Company in the Executive Boulevard area of the city. Yonkers residents enrolling in Community Solar are eligible to receive up to 10% off their monthly electric bills while supporting the use of clean energy. About 200 of MHACY’s tenants who pay their own electric bills will see solar savings, while those tenants whose electricity costs are included in their rent will benefit indirectly.