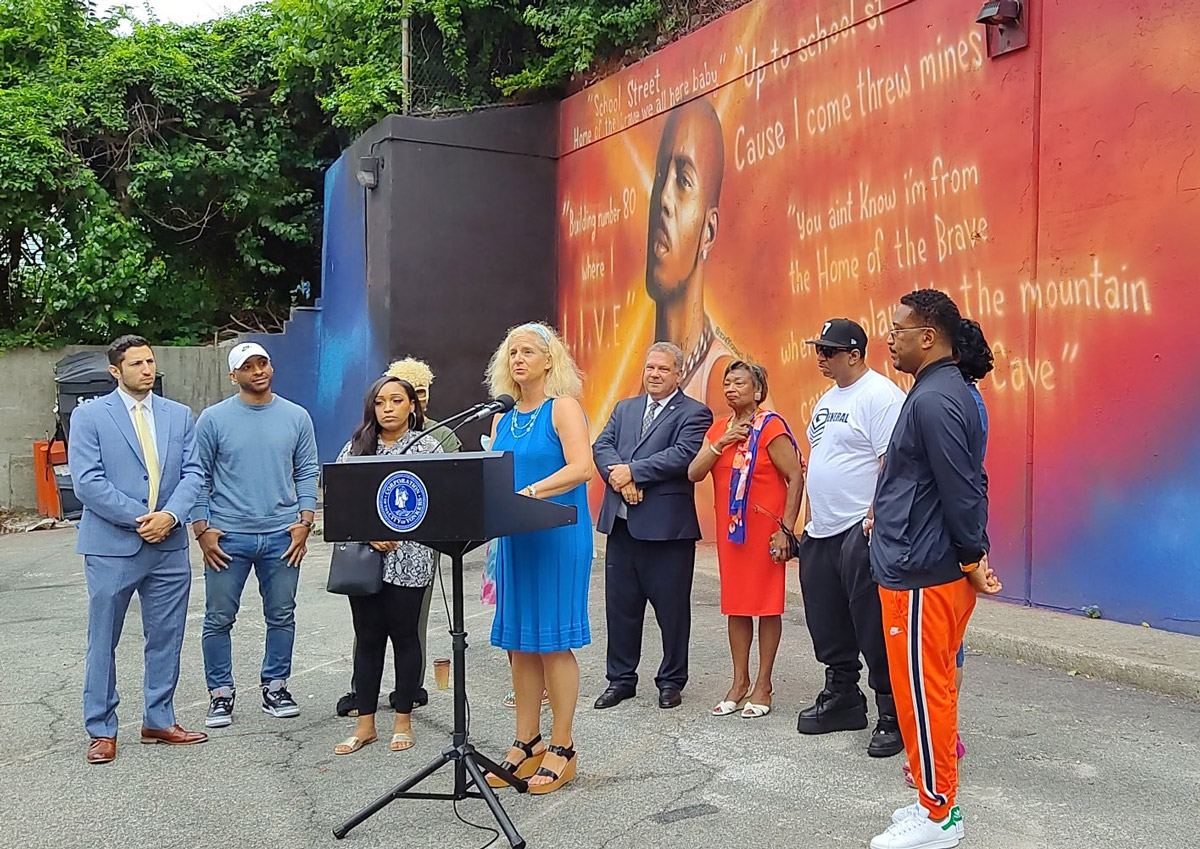 Elected officials and members of the Ruff Ryders celebrated the life of DMX (Earl Simmons) on July 13 during a dedication of a new mural near the building where the late artist once lived.

The event was organized by the Municipal Housing Authority for the City of Yonkers, which commissioned the mural near 80 School St., DMX’s former residence. During the ceremony, Wilson Kimball, president and CEO of the housing authority, compared DMX’s work to writers like Toni Morrison and Ernest Hemmingway.

“No one was more honest, brutal and fierce than Earl Simmons. His music transports you to a time and a place that many of us did not know,” said Kimball.

Desiree Lindstrom, DMX’s fiancé, told attendees that the mural was a tribute to DMX’s aspirations.

The large mural by artist 90° is based on a photograph of DMX from his glory days in the late 1990s with his signature dog chain choker. The mural’s red background is decorated with lyrics from his music, including the songs “Look Thru My Eyes” and “That’s My Dog.”

State Sen. Andrea Stewart-Cousins noted the life challenges that DMX faced and she commented on the lyrics from “That’s My Dog” that accompany the mural.

“By his words he reached for the mountain ‘cause he lived in a cave,” said Stewart-Cousins. “If we do nothing else, we have to make sure that our children do not ever have to feel that they are living in a cave.”

The New York City artist 90°, also known as Floyd Simmons, has worked with some of the biggest names in hip hop. His works include the mural on the hood of the ’64 Impala in Mariah Carey’s music video, “Heartbreaker Remix,” and Big L’s mural on 139th and Lenox in Harlem.